CHRONICLE OF THE CATHOLIC CHURCH IN LITHUANIA No. 33

The New Constitution Discriminates Against Believers

To the World's Conscience

What's New in the Gulag?

Which Priests Are Shielding the Security Agent? 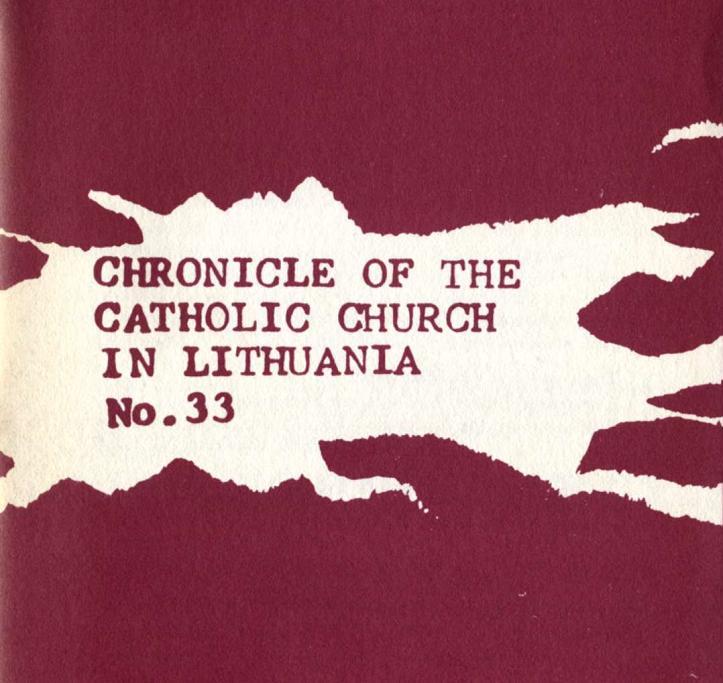 CHRONICLE OF THE CATHOLIC CHURCH IN LITHUANIA No. 33

A Translation of the Complete Lithuanian Original, LIETUVOS KATALIKŲ BAŽNYČIOS KRONIKA No.33 Documenting the Struggle for Human Rights In Soviet-Occupied Lithuania Today

CHRONICLE OF THE CATHOLIC CHURCH IN LITHUANIA Nr. 33

On June 28, 1940, the teaching of religion and recitation ol prayers in schools was forbidden. The University's Department oi Theology and Philosophy was abolished, and all private schools were nationalized. The seminaries at Vilkaviškis and Telšiai were closed and the seminary at Kaunas was permitted to operate on a verj limited scale. The clergy were spied upon constandy.

On June 15, 1941, 34,260 Lithuanians were packed off in cattle cars to undisclosed points in the Soviet Union. After World War II the mass deportations resumed and continued until 1953. 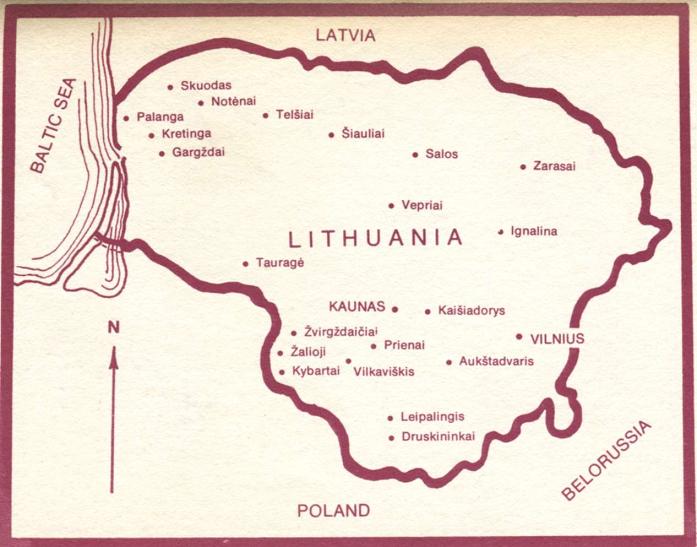 Places mentioned in the Chronicle of the Catholic Church in Lithuania No.33