THE COUNCIL FOR RELIGIOUS AFFAIRS "BRAIN-WASHES"

From March to April 1982, employees of the Council for Religious Affairs conducted "seminars" throughout Lithuania for parish committees — committees of twenty — which were also at­tended by members of atheist support groups. Priests were strictly for­bidden to attend.

The Vice Chairman of the Rayon Executive Committee stated that "unsuitable" sermons are preached at the Pajevonis, Kybar­tai and Didvyžiai Parishes. It happens that the priests are making pastoral visits, for example, in Vilkaviškis. At the Kybartai Parish, the pastor himself is the chairman of the parish committee. Not all parishes ask rayon permission to invite priests when assistance is needed. Kybartai has an impostor priest who did not study anywhere, 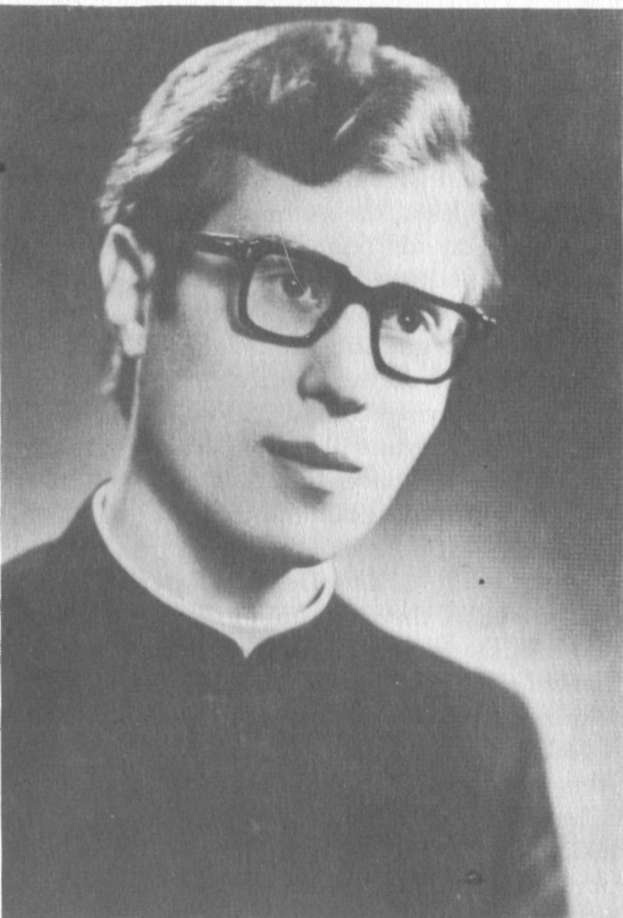 Aloyzas Volskis, expelled from the Kaunas Theological Seminary as a fourth-year student for associating with "extremist" priests. He is presently working with the liturgical commission in Lithuania

has not been ordained and does not have a government permit (Father Jonas Matulionis — Ed. Note).

Religious Affairs Commissar Anilionis himself then took the rostrum and stated that 89% of the parishes have pastors, while 11% do not, therefore his agency "is seeing to it" that the seminary accepts more candidates. The commissar explained that the Catho­lics of Lithuania could have had a religious magazine but "ex­tremist" priests raised an uproar and prevented it. He named three "impostor" priests: Petras Našlėnas, Jonas Matulionis and Kęstutis Brilius and added that more exist but he does not know their names. According to the commissar, the Council for Reli­gious Affairs is concerned lest the believers be deceived. The commissar was incensed that believers were signing petitions, and stated slanderously that signatures are forged. With reference to seminarian Aloyzas Volskis, the commissar explained that believers needlessly intercede on his behalf for he has personally admitted he erred, thus, such petitions should not be signed in the future. Pretending concern for Church matters, the commissar criticized young people for playing guitars in some of the churches, and women for having on occasion given the homily.

The majority of parish committee members boycotted these "symposiums" for everyone knows from earlier experience that government officials have but one purpose: to slander and denigrate what they find unsuitable and to lead the faithful astray.

On May 27, 1982, all the Deans of the Archdiocese of Kaunas and the Diocese of Vilkaviškis were summoned to the Kaunas Arch-diocesan Chancery. For some unknown reason — whether because Bishop Povilonis insisted, or because Religious Affairs Commissar Anilionis feared a strike by the deans — the "brain-washing" was conducted this time not at the Executive Committee but at the Chancery. The Vicar General, Liudvikas Mažonavičius, quietly asked the deans not to cloud the meeting with unpleasant questions, i.e., not to point out instances of discrimination against the Church.

We report the main ideas of Commissar Petras Anilionis. The lecturer was pleased that certain deans require priests to observe Soviet laws, that there are many priests who are not part of the extremist movement. (For the commissar, good deans are those who betray the interest of the Church, while the extremist movement consists of priests whose activities displease the Soviet government — Ed. Note). The commissar feels that Bishop Povilonis, Vicar General Mažonavičius and Chancellors Jonas Kavaliauskas and An­tanas Bitvinskas are able to maintain good order.

The commissar lamented that certain priests seek to eliminate Soviet laws on religious cults. In the speaker's opinion, such extremist priests want to run parishes without consulting the parish executive organ. They speak out against teachers, demand a reli­gious magazine and speak in the name of all priests. The commissar assured his audience that a religious magazine is on the drawing board, but it will not be like the Chronicle and will not serve foreign imperialists.

Extremist priests, Anilionis continued, want to sustain conflicts with the government; they demand that only candidates chosen by them study at the seminary. This situation has existed since 1968 when the first letters regarding the seminary appeared in the Diocese of Vilkaviškis. Upon non-extremist seminarians (i.e., KGB collaborators — Ed. Note), a shadow of suspicion is cast.

Extremists, the commissar stated, have raised a world-wide outcry regarding seminarian Aloyzas Volskis' expulsion, although he had twice been warned by the seminary authorities. (It is current practice at the seminary to issue warnings regarding infractions of "discipline" in order to appease the Religious Affairs Commissar's office when seminarians offend the Soviet government in some way, for instance, do not rise when the Soviet anthem is sung at the seminary or visit during their vacations a priest whom the Soviet authorities dislike, etc. — Ed. Note).

Last year, seminarian Aloyzas Volskis came to see the Religious Affairs Commissar, and wrote a statement that, while at the seminary, he had committed political errors which he now regrets. (It is not surprising that people regret their errors in the Soviet Union; the Soviet system manages to intimidate even decent people — Ed. Note).

The commissar emphasized that extremist priests maintain ties with overseas activists, and accent resistance to the Russians, even though, when they wished to greet Sakharov they became inter­nationalists. He said that the extremists had placed great hopes in events in Poland, where there were even lists made up for the Communists to liquidate, (sic)

The commissar mentioned that the extremists harshly attacked candidates chosen for bishoprics, and even though Rome had been presented with many candidates, no agreement had been reached on account of the extremists' libel. Bishop Vincentas Sladkevičius had even attempted in writing to convince candidates to refuse consecrations.

"Surely it will not hurt the Soviet government to have fewer bishops in Lithuania", the commissar poured out the clever lie. "Or will it be better for the government if each diocese has its own bishop?" (Of course it would be better for Soviet govern­ment if there are more bishops loyal to it — Ed. Note.)

The commissar was outraged that extremist priests assail priests 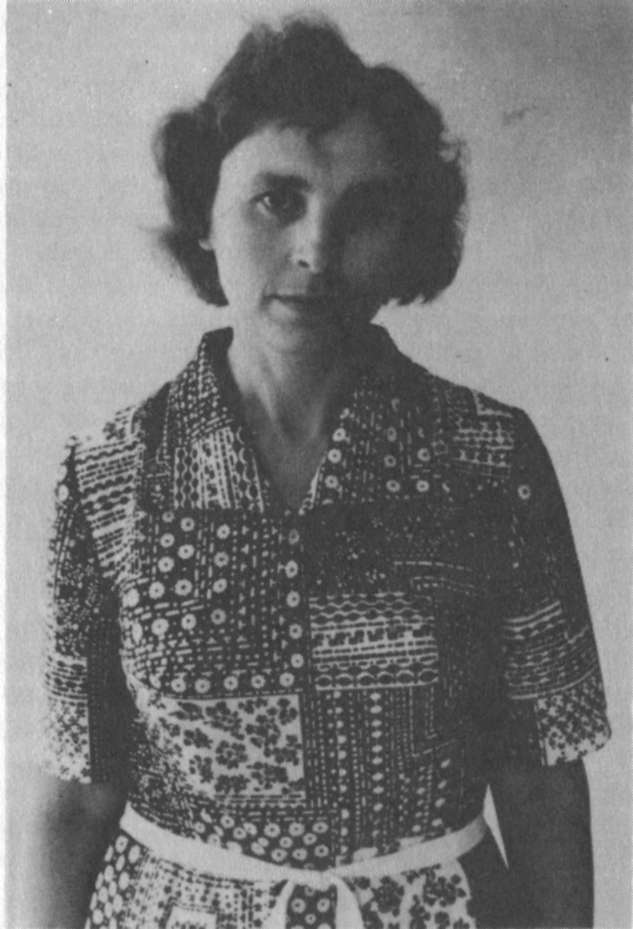 who defend peace and consider the defense of peace to be fraud. Extremists organize youth meetings under the cloak of religion but not for religious purposes; for instance, on December 5, 1981, in Kapsukas at the home of (Miss) Magdalena Kuncevičiūtė and on November 14, 1981, in Vilkaviškis at the home of the Kelmelis family. Fathers Ričardas Černiauskas and Juozas Zdebs-kis organized youth excursions to lakes.

Extremist priests, the official continued to elaborate, organized on August 23, 1981, a march of believers from Tytuvėnai to Šiluva in honor of the convicted Vaičiūnas and Jurevičius. The march was therefore disrupted. Such tactics could even destroy the Šiluva devotions.

Extremists use churches for other than religious purposes. For instance, priests permitted Nijolė Sadūnaitė to give a homily at the Viduklė, Šilalė and Pajūralis churches on "How Good it is in Prison." "Everyone knows how terrible it is in prison," the com­missar corrected (Miss) Sadūnaitė's "heretical" thought. ( (Miss) Sadūnaitė did not give a homily, but told the crowd of people of her experiences in a Soviet labor camp — Ed. Note).

Anilionis was greatly incensed at U.S. resident professor Vardys for urging people in his book Katalikų Bažnyčia ir disidentiz-miis Sovietų Lietuvoje (The Catholic Church and the Dissident Movement in Soviet Lithuania) (The Catholic Church, Dissent and Nationality in Soviet Lithuania — Trans. Note) to write petitions for they are a highly effective method of fighting against the atheists. And priests write, the speaker continued. For example Father Jonas Matulionis from Kybartai wrote a petition to govern­ment organs and quickly relayed it to the Chronicle.

According to the commissar, the activities of extremists are very damaging to the Church. Among the extremists he included Fathers Zenonas Navickas, Antanas Šeškevičius, Kastytis Krikščiukaitis, Leonas Savickas and others.

The commissar attempted to cheer the deans by promising that the government would permit Catholics to publish 80,000 prayer-books this year and the next, and somewhat later the price of electricity would no longer be 25 kopeks per kilowatt/hour, but the same as for all consumers.

In conclusion, Anilionis reminded the deans to discipline young priests.

At the end of the speech, Bishop Povilonis thanked the speaker.

After the lecture, the Dean of Šakiai, Father Juozas Žemaitis, asked why atheists do not observe the rules of etiquette in their lectures and speak insultingly of believers and why tomb­stones with religious symbols are forbidden in cemeteries.

The Vice Dean of Šiauliai, Father Lionginas Vaičiulionis, objected that officials label as extremists those priests who point out the crimes of atheists and robberies of churches, that employees at the com­missar's agency incite parish committees against priests, for example, they called Father Nyksta a thief.

The Dean of Aleksotas, Msgr. Andriejus Gustaitis, raised the question of the Klaipeda church which has troubled everyone for many years.

The Vice Dean of Kaunas, Father Jonas Fabijanskas, asked where priests are to obtain food vouchers. The commissar replied that he does not receive vouchers either (because he can buy every­thing in special stores — Ed. Note).

At the end of May 1982, Religious Affairs Commissar Anilionis also "brain-washed" fifth-year seminarians who were about to make retreats prior to their ordination. The commissar spoke on the same theme: the extremism of priests. He urged the future priests to visit his agency when the need arises, for example, if they wish to travel abroad.