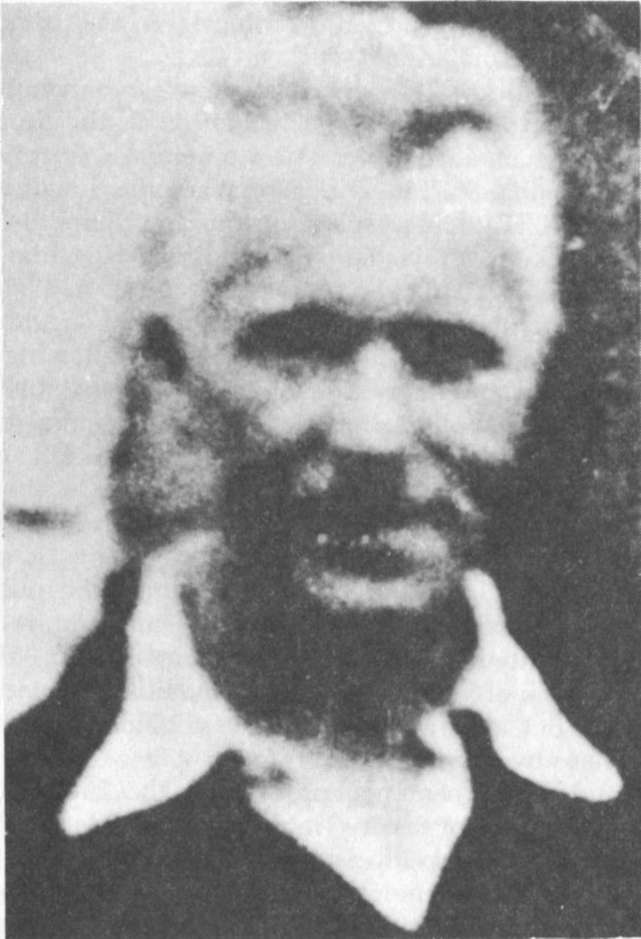 On October 30, 1982, after thirty-five years of imprisonment, Teacher Petras Paulaitis was released from the KGB Isolation Prison in Vilnius.

Petras Paulaitis was born on June 29, 1904, in the District of Jurbarkas, Village of Kalnėnai. In 1922, he went abroad to Italy where upon finishing high school, he studied philosophy and education for two years. In 1928, he left Italy and worked for four years in education in Lisbon, Portugal. In 1936, Paulaitis returned to Italy and studied theology in the International Theological Institute of Turin.

Upon completion of theological studies, he pursued political economics for two years, and specialized in Latin. In 1938, in Rome, Paulaitis received diplomas in the aforesaid specialties and returned to Lithuania. On June 17, 1939, when the Soviet Union oc­cupied Lithuania, Paulaitis was arrested but that time he was able to get off. They were satisfied with discharging him from his duties as teacher.

Paulaitis was in danger of being arrested again, so he withdrew to Germany, from where in June of the following year, he returned to Lithuania. When the winds of war had blown over Lithuania, Paulaitis taught Latin and the fundamentals of philo­sophy at the Jurbarkas junior college. In the fall of 1942, the German Gestapo arrested Paulaitis in class. On the way to Kaunas, Paulaitis succeeded in getting away. After that, he lived and worked illegally.

On April 12, 1947, Paulaitis was arrested by the militia, and after seven months of terrible interrogations and torture, he was sentenced to twenty-five years of imprisonment. In 1956, the Special Commission of Moscow reviewed Paulaitis' case and allowed him to go free, but after a year, they arrested him and sentenced him once more to twenty-five years.

As the end of his sentence drew near, the Lithuanian KGB became concerned about Paulaitis' return. While he was still in labor camp, chekists at various levels used to summon him for con­versations in which it was mentioned that he might not be allowed to return to Lithuania. Paulaitis refused to engage in such conversa­tions, saying, "I will return either to Lithuania or to any other non-Communist country where I have lived earlier."

After some time, the chekists demanded that Paulaitis write a request to the Lithuanian SSR for permission to settle in Lithuania. Paulaitis refused this requirement as well, saying, "I think that after giving thirty-five years of my life, I have earned the un­conditional right to return to my homeland."

Outside, the chekists also tried to dispose people suitably toward Paulaitis' release. On October 27, 1982, in Tauragė, KGB Agent Vitkevičius summoned Leonas Laurinskas and warned him repeatedly not to plan any welcoming for Paulaitis on his return, since any gathering at Paulaitis' place of residence or with Paulaitis would be treated as a crime, and offenders would be held responsible. On

October 18, 1982, Paulaitis was clandestinely taken from the camp in Mordovia without allowing him to bid farewell to his comrades with whom he had shared a common lot.

Taking him to the airport, while keeping him as concealed as possible, the chekists put Paulaitis on a plane, handcuffed him, and in order that no one might notice this symbol of Soviet freedom, covered them with a newspaper. (And this is how they treated a seventy-nine year old man, returning after thirty-five years to "freedom", or, in prison jargon, to the "big zone".)

Watchfully accompanied by three special escorts, Petras Paulai­tis was brought back to the Vilnius KGB Headquarters. In their final talks, the chekists asked, almost begged, Paulaitis to confess at least partially that he was guilty. "I am guilty only insofar as I am the son of a small nation — a nation which was unable to defend itself from the Russian army of occupation," said Paulaitis. The next to last day in prison, the chekists took Paulaitis to the department store in Vilnius, and from money in his camp account, bought him clothing and took away his prison uniform.

On October 30, 1982, chekist Lieutenant Colonel Staškevi­čius, seeing that negotiations had failed, stated, "We will not try you again; if you try to write any memoirs, you will disappear, and no one will know anything about you."

"Yes, I know that people disappear 'n your custody," Paulaitis replied, "you can refuse to let me go, even now."

The last day, after driving Paulaitis around Vilnius and show­ing him new building projects, the chekists placed him in a car and sent him off to his relatives in Šakiai.

Most recently, Paulaitis has been residing at Kretinga, Vytauto 90. On December 3, 1982, the Kretinga Rayon KGB imposed on Paulaitis an administrative control, in accordance with which for a year he may not leave the house between 9:00 PM and 9:00 AM, he is forbidden to travel outside the rayon, and every Sunday, he is required to report to the militia.

In the country, the camp and abroad, the name of Petras Paulaitis is pronounced with love.

At the Sacharov Hearings in Copenhagen, Paulaitis was described as a paragon of moral rectitude.

In the opinion of many, God kept Paulaitis for thirteen years in the terrible prison of Mordovia, the so-called "stone bag", so that Paulaitis might teach, encourage and strengthen prisoners of more than one nation, especially the youth as they began their Golgotha.

In the Mordovia Prison to which he was transferred for six months, Paulaitis remained for thirteen years. For a long time, he used to distribute food to the prisoners, pour their soup and everyone was satisfied with his fairness.

In prison, Paulaitis worked in the kitchen. As soon as the barley porridge was cooked (without fat, it used to scorch, sticking to the sides of the kettle), it was necessary to scrape the kettle im-mediately with a spoon, so that it might be possible to cook the water for the evening. A "katorga" (penal labor — Trans. Note) job! The kettle was hot, but one had to lean over the kettle half naked, protecting oneself with a leather apron, to scrape the bottom. Paulai­tis used to scrape himself this scorched porridge, and give his ration of bread to cell-mates. And so, for days on end, he would content himself with burnt porridge.

It is a great gift of God that Paulaitis, after thirty-five years of imprisonment, is going to spend the last days of his life (he is seventy-nine) in his own country.

May the grace and blessing of God lead the steps of this noble Lithuanian's life.