Her next-door neighbor, the teacher (Mrs) Aidietienė, became an informer for the Security Police. She kept close track of who came to see Nijolė and who left. She informed the Security Police by telephone when Nijole herself left her apartment. Three days alter Nijolė's arrest, Security Agent Vincas Platinskas boasted to her cousin Vladas Sadūnas, that (Mrs) Aidietienė telephoned the Security Police at 2:00 P.M. on August 27, 1974 and notified them that type­writer sounds were coming from Nijolė's apartment. Two hours later, a large contingent of Security Agents arrived, forced their way into Nijolė's apartment and conducted a search. The Security agents said to Nijolė, "You are a Catholic. How can you type the Chronicle of the Catholic Church in Lithuania, which contains only lies and slander about the so-called persecution of believers."

Nijolė boldly replied: "The accuracy of every atheist misdeed revealed in the Chronicle of the Catholic Church in Lithuania is confirmed by the tears of the faithful."

The agents also maintained that the article on the funeral of the late Canon Petras Rauda had probably been written by Nijolė. She denied this allegation, saying that if she had written it, she would have included many more details about the harassment by Security agents during the funeral. Later, the chekists began to ridicule the late Canon Rauda. Nijolė was outraged: "All of you put together are not worth a single toe of Canon Rauda!"

Two hours after the search was begun, one more Security agent arrived and ordered Nijolė's brother, Jonas Sadūnas, to go to Security headquarters for interrogation. Nijolė protested, saying that her brother had pneumonia and they had no right to take away the ailing man, but the Security agents disregarded this.

When the brother was taken away for questioning, his apart­ment was also searched, but nothing was found.

After Nijolė's arrest, her brother's health grew much worse and he spent one and a half months at the hospital. 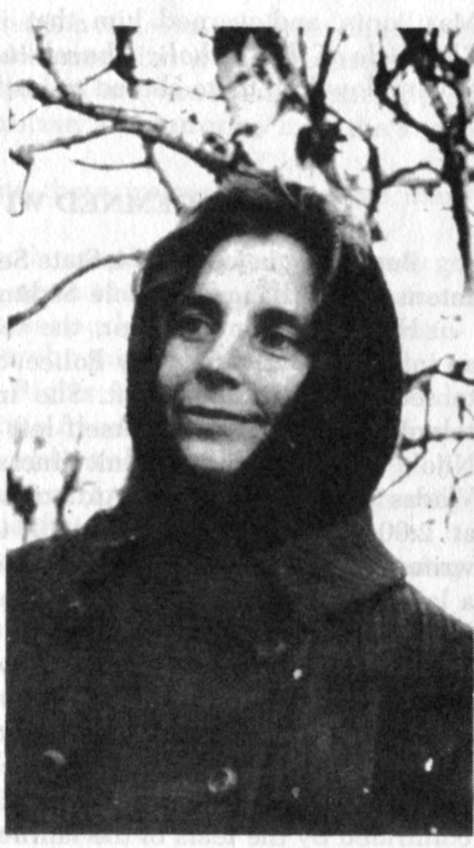 After interrogating Nijolė for several weeks, Security Agent V. Platinskas complained to Vladas Sadūnas that the interrogators were very upset because Nijole refused to answer their questions.

The interrogators questioned many witnesses: Nijolė's relatives were summoned, as were her acquaintances, but they still found no evidence against her. All those interrogated were asked the same questions: "Did Nijolė give them the Chronicle of the Catholic Church in Lithuania or other religious literature to read? Did she ever speak about the publishers of the Chronicle, or about persecution of the faithful?" The replies were always negative.

At the beginning of 1975, the Security police intercepted a letter from Poland addressed to Nijole. Henrik Lacwik was not aware that she had been arrested. In his letter to Nijolė he wrote about his 1974 stay in Lithuania.

In February 1975, Security Agents V. Platinskas travelled to Poland to see Lacwik. The Security agent asked about his visit to Lithuania, and also whether Nijolė had spoken about the Chronicle of the Catholic Church in Lithuania, persecution of priests or believers in Lithuania, and whether she had given him any reading material. The replies were negative.

The Security police were aided by Nijolė's cousin Vladas Sadū-nas. At the direction of the Security police, he went to see relatives to ask whether Nijolė had given anyone theChronicle of the Catholic Church in Lithuania or other religious literature to read, whether she had talked about the publishers of the Chronicle of the Catholic Church in Lithuaniaand so forth. He went to see his cousin Vytautas Sadūnas in the company of a Security agent.

On March 25, 1975 Regina Sadūnienė (wife of Vladas Sadū­nas) took issue No. 8 of theChronicle of the Catholic Church in Lithuania to Security headquarters, although at the trial she stated that she had found the said issue on her husband's desk, but did not know where it came from. Nijolė had not given her anything to read.

Vladas Sadūnas testified that Nijolė had given him the Chronicle of the Catholic Church in Lithuania and the book Simas to read.

School principal Povilaitis (see Chronicle of the Catholic Church in Lithuania No. 8) was called as a witness and testified that he had not forbidden students to attend the funeral of Robertas Andrijauskas, conducted with church rites, because the funeral had not taken place during the school year. When Nijole asked why, during the interrogations, he and Teacher (Miss) Šlimaite had testified that the funeral had been held at the beginning of the school year, Povilaitis became flustered and replied that that was not relevant. It thus remained unclear when the principal had told the truth and when he had lied. Not a single student was sum­moned to the trial to confirm the testimony of (Mr.) Povilaitis.

The Security police had found one more witness who agreed to refute an item printed in issue No. 8 of the Chronicle of the Catholic Church in Lithuania, (this vital issue had been brought to Security headquarters by (Mrs.) R.(egina) Sadūnienė, but the inter­rogators had poorly coached principal Povilaitis for the trial and he forgot the testimony he had given at the interrogation.

Witness Kušleika confirmed at the trial the accuracy of facts 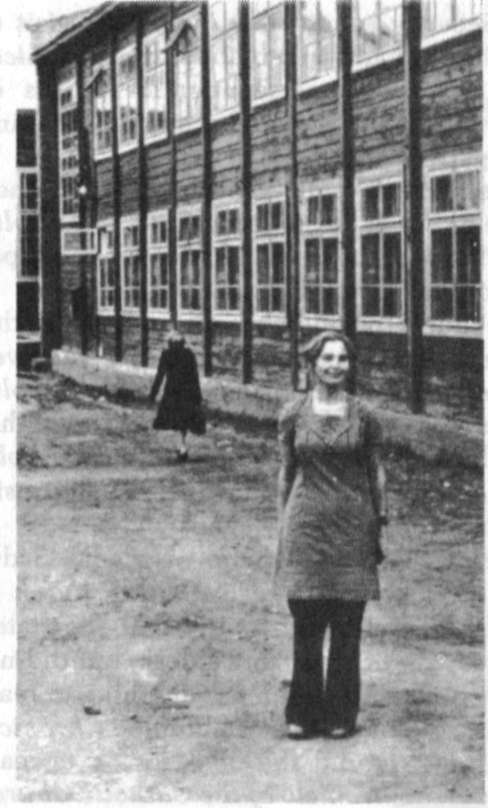 contained in the Chronicle of the Catholic Church in Lithuania, stating that his son had in fact been forced to join the pioneers.

Over a period of eight months, Security agents found not a single witness who could deny the accuracy of a single fact printed inb the Chronicle of the Catholic Church in Lithuania. They did not find anyone because the Chronicle contained no inaccurate in­formation.

Judge Kudriashov and Prosecutor Bakučionis were aware of the content of Nijolė's defense speech and, fearing lest Nijolé's speech be heard by witnesses, cleared the courtroom and only allowed her brother to remain. At the beginning of the trial the prosecutor had advised Nijolè not to speak in her own defense, for there would then be the possibility of reducing her sentence. "I am not a gambler, Nijolé protested, "and will not gamble with my convictions."

Later, the foreign press wrote: "At the trial, the defendant changed places with the prosecutor. During her defense speech, Nijolė became the prosecutor, and Bakučionis the accused."

In his summation, Prosecutor Bakučionis admitted that viola­tions of believers' rights still occur in Lithuania.

On June 17, 1975, Judge Kudriashev handed down the court's decision: "For duplicating and disseminating the Chronicle of the Catholic Church in Lithuania, she is sentenced to three years of loss of freedom, to be served in strict regime labor camps, and to three years of exile." This is more like blind savage revenge than an act of justice.

After the trial, Interrogator Pilelis confided to Nijolė, "Based on the offense committed your sentence is too severe."

One patient wrote Nijolė at the labor camp: "In our Soviet reality, we are accustomed to give everything different names: Truth is lying; good is evil; facts are slander. National heroes are wrongdoers or criminals."

The accuracy of these words is confirmed by the court's dealings with N.(ijolė) Sadūnaitė. The case was grossly fabricated, even the witnesses (Povilaitis and Vladas Sadūnas) were specially bribed and coached by the Security police.

When drunk, Vladas Sadūnas admitted to relatives that the Security police had forced him to testify that Nijolė had given him several issues of the Chronicle of the Catholic Church in Lithuania and the book Simas to read. The relatives asked why he had not explained this at the trial. He apparently replied that the security police would then have had his head.

Nijolė spent August 27, 1974 through June 20, 1975 at the State Security Committee isolation facilities and later in various cells set aside for prisoners. Nijolė was interrogated by several inter­rogators. At first, the interrogation was conducted by Chief Inter­rogator Petruškevičius, in charge of top priority cases. Nijolė did not reply to any of the questions posed by the interrogators, thereby protesting against this case. Consequently, a month later, the interrogation was handed over to Interrogator Pilelis. But even then Nijolė refused to reply to the questions asked.

The interrogators threatened, that if she refused to reply to the questions, they would commit her to a psychiatric hospital where she would be much worse off than in a labor camp, or to lock her up in a cold, damp and dark punishment cell.

During January and February 1975, Nijolė had bronchitis and strep throat, ran a high temperature and coughed heavily, but was not given any medical attention.

During the long and exhausting trip to Mordovia she suf­fered much debasement and ridicule. Upon arriving at the labor camp and undergoing a physical examination, Nijol6 learned that during the eleven months since her arrest she had lost 15 legs. (33 lbs.). Camp food is very monotonous and of poor quality: barely mash without any fat, fish, left-over scraps of meat (cow udder, diaphragm, lungs). In the fall, cabbage soup is served for several months, but when the cabbage supply runs out another kind of soup is made for several months, but always the same soup.

Nijolė fell ill on October 10, 1975. She ran a high temperature, coughed heavily, felt dizzy and suffered from over-all exhaustion. Only in December was she admitted to the camp hospital. The diagnosis was not determined and she was released from the hospital without having fully recovered. Even though sick, she still had to sew gloves. In February 1976 Nijolė was again hospitalized. Again no diagnosis was made and on March 3rd she was released from the hospital, still sick.

Nijolė again fell ill on December 21, 1976. She ran a high temperature and was bed-ridden for ten days , but was not hospitalized.

At the end of the winter, N.(ijolė) Sadūnaitė wrote: "I am fortunate at work since I always fill the glove-sewing quota. Now things will be somewhat harder, for I am weak. But that's a trifle, spring is nearly here. The grass will awaken, and with them I will find renewed strength, for we eagerly eat dandelions, pigweed and flower blossoms. They contain vitamins and colories."

British newspapers wrote that over 200 letters sent to Nijole from England were returned. Even from Lithuania, not all let­ters reach the labor camp. Censors remove from the letters religious pictures, Christmas and Easter greetings, even the prettier postcards. Also, not all of Nijolė's letters reach the addressees. During January and February 1977 Security censors intercepted two of Nijole's letters.

Between March 13, 1977 and May 13, 1977 Nijole was held at the Saransk interrogation facilities in Mordovain ASSR. She contracted braonchitis. She often runs a high temperature.

She returned from Saransk with a more serious case of bronchitis: again a high temperature, complete physical exhaustion. Because she did not receive proper medical attention, it developed into bronchodilatation. Now plans are being made to hospitalize (Miss)

Sadūnaitė. In the meantime, the inhuman camp food and other conditions are completely undermining Nijolė's strength. Her health is growing worse.1

1 As of March, 1979, Nijolė Sadūnaitė, having completed her term in labor camp, was living in exile at Boguchany, in Krasnoyarsk.