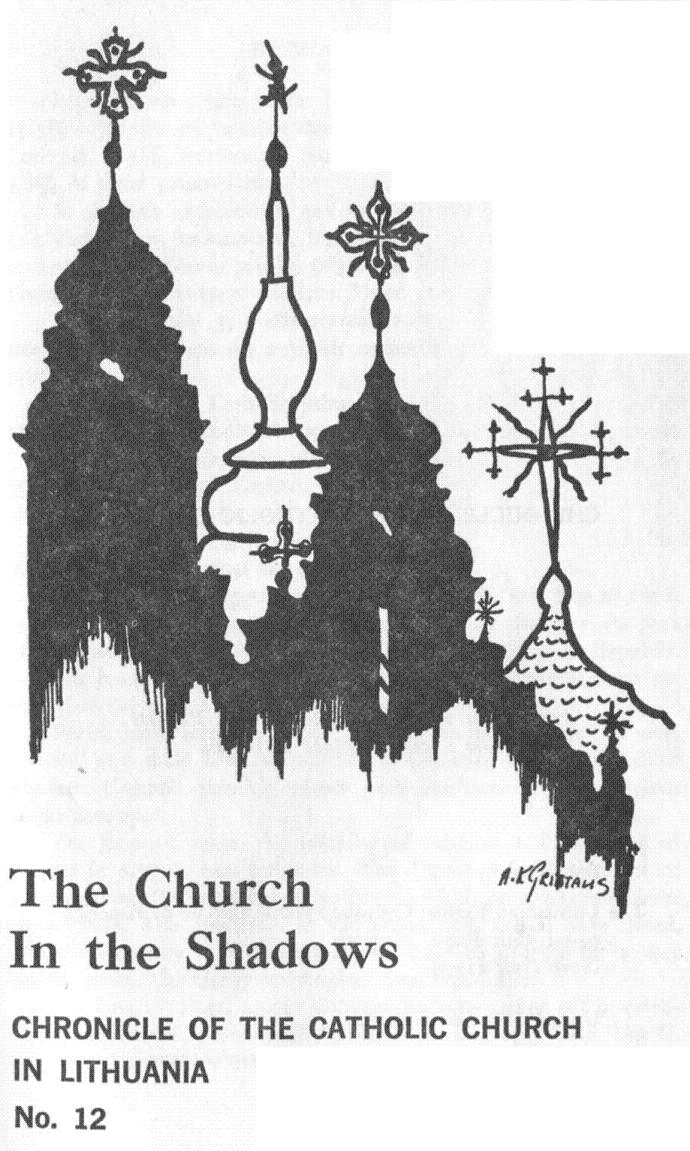 CHRONICLE OF THE CATHOLIC CHURCH IN LITHUANIA

There were 18 Catholic primary schools and the same number of Catholic high schools. Religion was taught in all public schools.

On June 25, 1940, the Church was declared separate from the state, and the representative of the Holy See was expelled.

Vincentas Borisevičius, Bishop of Telšiai, was arrested on Feb­ruary 3, 1946, and condemned to death after a secret trial. Before year's end, his auxiliary, Bishop Pranas Ramanauskas, was also ar­rested and deported to Siberia. Bishop Teofilius Matulionis of Kai­šiadorys and Archbishop Mečislovas Reinys of Vilnius were deported to a Siberian labor camp. Archbishop Reinys perished in prison at Vladimir, November 8, 1953. By 1947, Lithuania was left with a single bishop, Kazimieras Paltarokas, of Panevėžys. He died in 1958.

After Stalin's death in 1953, there was a slight improvement in the religious situation. Bishops Matulionis and Ramanauskas were allowed to return to Lithuania, but not to minister to their dioceses or to communicate with the clergy or laity.

In 1972, the Chronicle of the Catholic Church in Lithuania, clandestinely published in that country, began to reach the free world at irregular intervals. Primarily intended to keep Catholics in Lithu­ania informed of the situation of the Church there, these Lithuanian samizdat also serve as a constant appeal to the free world not to forget the plight of a people struggling against overwhelm­ing odds to defend their religious beliefs and to regain their basic

On March 19, 1972, the first issue of the Chronicle of the Cath­olic Church in Lithuania very hesitantly made its appearance, with no way of estimating how much interest it would meet with at home or abroad. The atheistic government accused it of wrong-doing and by massive searches and arrests tried to stifle it.