CHRONICLE OF THE CATHOLIC CHURCH IN LITHUANIA No. 14 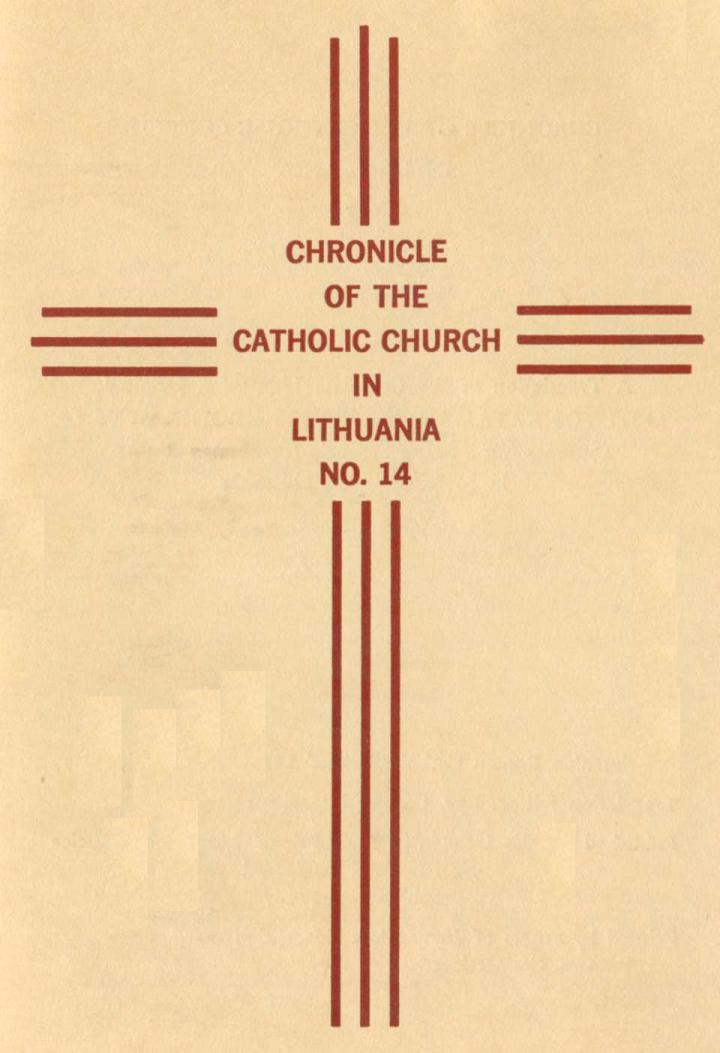 Laboriously typed in carbon copies, and passed secretly from hand to hand, theChronicle is ultimately smuggled out to the west­ern world, where it has caused a sensation.

The Chronicle describes the heroic efforts of some 3 million Lithuanians, 85.5% Roman Catholics of the western rite when the country was forcibly annexed by the Soviet Union in 1940, to pre­serve the faith of their forebears.

It is a story of six dioceses with no resident bishop and no normal contacts with the outside world, trying to maintain traditional ecclesiastical forms of administration. In reality, all decisions are made by the state-appointed Deputy for Religious Affairs—an atheist.

It is the story of the struggle between clergy who have decided for one reason or another to cooperate with the regime, and stubborn dissident priests and faithful insisting on their rights under the Soviet Constitution, the Universal Declaration of Human Rights, and Nat­ural Law.

Constantly harassed in one way or another, the religious be­lievers of Lithuania find themselves in the position of second-class citizens.