After honorably serving her sentence, (Miss) Genovaitė Na­vickaitė returned from the Panevėžys Labor Camp on April 17, 1982. On October 24 and 25, 1980, (Miss) Navickaitė had been sentenced to two years' loss of freedom to be served in a general regime labor camp and was taken to the Panevėžys Women's Prison where her "re-education" was soon undertaken.

At the end of April 1980, when the security division in­spector returned to (Miss) Navickaitė several letters in which she wrote that not all her letters reach their addressees and that the prison administration refused to grant her any private visits, she began to explain to the prisoner the unwritten rules of correspondence a prisoner must follow: What can and cannot be written, strictly forbade her to number the letters she sends and warned that if the prisoner refused to follow these directions, she would be punished. That same inspector urged (Miss) Navickaitė to associate 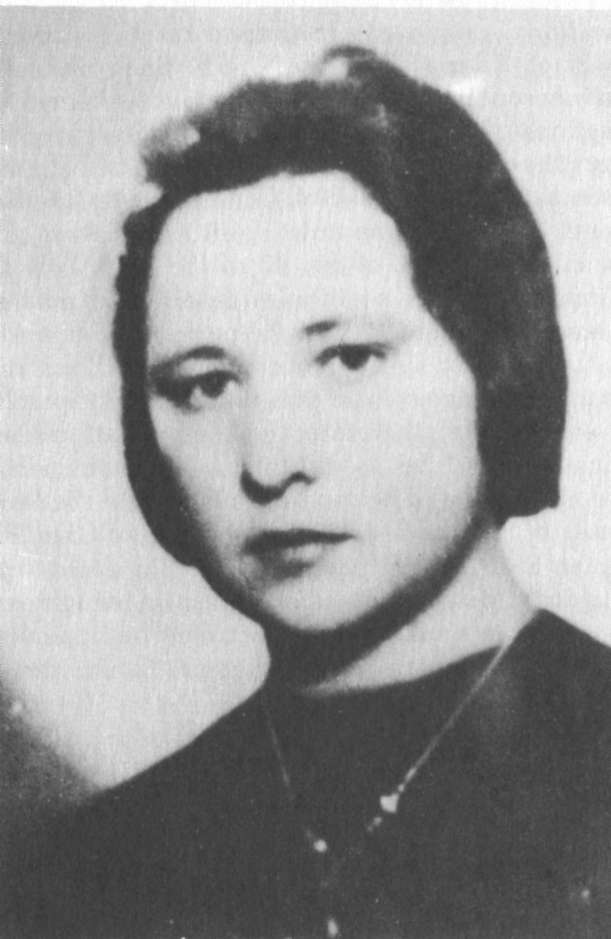 more with criminal prisoners and shun (Miss) Ona Vitkauskaite, convicted of duplicating the Chronicle of the Catholic Church in Lithuania and imprisoned in the same labor camp.

In June 1980, (Miss) Navickaite, who had already violated the above directions, was again summoned by the security division inspector, only this time to give an explanation because she had writ­ten in one letter: " . . .let us love those who love us and those who attempt to torment us . . ." When the prisoner refused to write an explanation, the inspector shouted uncontrolably and accused Genovaite of slandering the administration and, after promising to punish her, ordered her from her office. Several days later, Assistant Group Leader (Mrs.) Novikovą led (Miss) Navickaitė to see the Camp Warden Sireika. Upon reading the named sentence in the letter, he agreed with the security division inspector's charge that Genovaitė had slandered the prison administration in her letter and, after con­sulting with (Mrs.) Novikovą, deprived (Miss) Navickaitė of the private visit which had been scheduled for June 30,1980. The prisoner asked permission to inform her brother by telegram not to come for the visit, but (Mrs.) Novikovą refused ... The brother made the trip in vain.

In August 1980, Group Leader (Mrs.) Larionova attempted to convince (Miss) Navickaitė that complete freedom of belief ex­ists in Lithuania. On December 24, 1981, (1980? — Trans, note) the security division inspector showed Genė the Christmas letters and greetings addressed to her. The inspector was very annoyed that most of the letters and cards were sent to the prisoner by Lithua­nian youth. She did not give (Miss) Navickaitė the Christmas cards sent to her, forbade her to correspond with minors and threatened that otherwise she would be prosecuted. When Genovaitė stated that she is prepared to answer all the letters she receives, the in­spector threatened to withhold the letters addressed to her.

In January 1981, (Miss) Navickaitė was entitled to a private visit which the administration again denied her. When the prisoner asked the colony's Assistant Warden (Mrs.) Japertienė why the visit to which she was entitled was not granted, the latter replied: "Because one of your brothers is a priest!"

On May 9, 1981, Genovaitė's sister (Miss) Lionginą Navic­kaitė died in Zarasai. When Genovaitė requested permission to go to her sister's funeral, Assistant Group Head (Mrs.) Novikovą retorted: "We won't grant permission because you won't admit your guilt." Other labor camp administration employees repeated the same thing. The following day, the colony's warden informed the prisoner by way of a final decision that the City of Panevėžys Prosecutor refused to permit her to attend the funeral.

On April lb, 1982, her last day of imprisonment, Assistant Group Head (Mrs.) Novikovą lectured (Miss) Navickaitė at length and suggested that she change her way of life: sacrifice herself less to God, think more about herself. . . The security division inspector warned Genovaitė against (Miss) Gemma Jadvyga Stanelytė and (Miss) Nijolė Sadūnaitė coming to meet her; she also informed her that a ticket had already been purchased on a scheduled bus to Kap­sukas and they would personally take her to the station. At 6:00 A.M. the following day, head seamstress (Mrs.) Mickevičienė came to the cell block and ordered (Miss) Navickaitė to change quickly and take her things. Shortly the prisoner was taken to the station where she met her brother, Father Zenonas Navickas, who had come to take her home, but (Mrs.) Mickevičienė prevented Genovaitė from going with her brother. Only after leaving the City of Panevėžys, was she able to stop the bus and get into her brother's car.

In freedom, (Miss) Navickaitė was greeted by a large group of believers and young people. During the Holy Sacrifice of the Mass, the assembled people thanked God for Genovaitė's sacrifice and en­treated the Almighty to grant enough persons prepared to sacrifice for the Church and the nation's needs.