FROM THE TRIAL OF JONAS SADŪNAS

Vilnius. On May 24, 1983, Jonas Sadūnas was tried in the Peoples' Court of the Rayon of Vilnius. The judge was G. Leonov; the prosecu­tor, S. Pumputis; Associates, (Mrs.) V. Klimkienė and V. Korkut; Secretary (Mrs.) S. Burokienė.

At the beginning of the trial, Sadūnas stated that he did not agree that his wife, who knew nothing about his case, be summoned as a witness, (Marytė Sadūnienė was supposed to be the last to testify so that she might not hear the testimony of witnesses.) The judge rejected Sadūnas' demand, and to the refusal of the accused to speak during the trial until his wife was present in the courtroom, he stated that the trial could continue without the participation of Sadūnas.

At the beginning of the trial, the Judge read the indictment, prepared by the Assistant Prosecutor for the Vilnius Rayon, (Miss) R. Juciūtė. In response to the judge's questions, Sadūnas did not admit that he was guilty of libel. He indicated that he had written two reports on Petras Dūkštas, Director of the Vokė Experimental Farm, one of which is contained in the file and the second which has disap­peared. He said that he had not written the other seventeen reports in the files, but that they were written in a hand more or less similar to his.

The accused said that the statements concerned not his own personal purposes but the good of the farm and the workers, and that he as a responsible worker had given this farm five years of his life. He could not but feel a responsibility for guarding the property of the farm. There were no deliberate concoctions in the depositions. He added, besides, that the facts indicated in the depositions had not been denied nor confirmed by the commissions, therefore, they could not be called libel. Some facts had not been explained by the com­missions, while other facts are almost impossible to check because original documents of the farm have been destroyed.

Summoned to court were nine witnesses, of whom seven came to the trial. All of them, in the words of Sadūnas, were hand-picked by Assistant Prosecutor R. Juciūtė, able to testify only about those seven alleged items which Sadūnas did not write.

After questioning the witnesses, Prosecutor Pumputis stated that the crime of Jonas Sadūnas had been proven in accordance with LSSR Criminal Code Par. 132.lid, and asked that the accused be 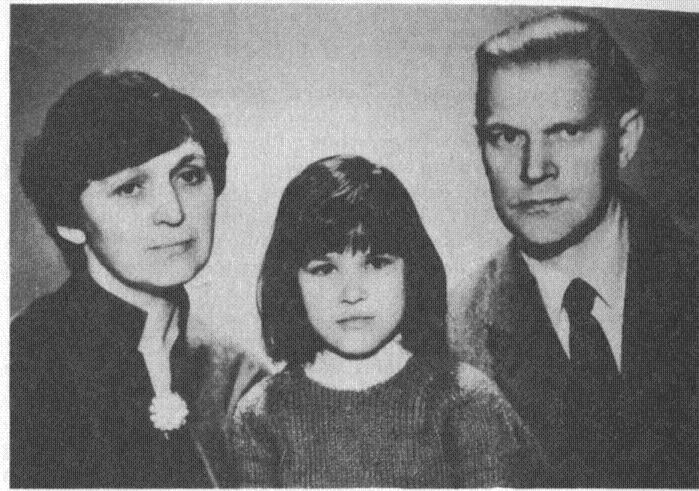 sentenced to two years of imprisonment in a general regime work colony.

In the course of the trial, the little courtroom was lit with power­ful floodlights, most of which were focused on Sadūnas. Sadūnas stated that, "This is a trial, not a circus", and asked the judge to have the floodlights disconnected when not filming, because they were very hot and blinded him.

The filming took place under the direction of KGB personnel; therefore the judge kept quiet (the spotlights were not extinquished). During the whole trial, one could feel the efforts of the KGB agents to demean Sadūnas and his friends who had come to the court-room. A KGB agent, indicating what was to be filmed, even pointed his finger in the direction where Sadūnas' wife Marytė Sadūnienė was sitting with two women friends. During the recesses, KGB agents hung around the courtroom.

"This judicial disposing of an 'undesirable'," said Sadūnas, "will not do honor either to those who order the trial, nor to those who carry it out. I have long stopped trusting Soviet justice, and now I have occasion to be convinced of my misgivings. If the trial were objective, I should have a new prosecutor appointed to review this criminal case. The lack of objectivity on the part of the Vilnius Rayon Assistant Prosecutor R. Juciūtė in preparing this case was all too obvious. To my mind, (Miss) Juciūtė was prosecutor in the fullest sense of that word and accuser, while with regard to Director Petras Dūkštas, she was advocate and defender.

"I became firmly convinced of this on January 31, 1983, during the confrontation with Dūkštas, when he, thinking out loud, changed his testimony several times, and (Miss) Juciūtė prejudicially recorded only the testimony favoring Dūkštas. Juciūtė, disregarding due process in summoning the accused, violated LSSR Criminal Code Par. 163 several times." (LSSR Criminal Code Par. 165 was also violated when, at the direction of Juciūtė, a militiaman came to the house to bring Sadūnas to the Vilnius Rayon Office of the Attorney General for interrogation, when Sadūnas had a disability notice — Ed. Note)

In his defense speech, Sadūnas indicated that Juciūtė, unwilling to violate directly Par. 163 of the LSSR Criminal Code, would obtain the necessary certification from Doctor G. Urbonavičienė, stating that even though he had a disability notice, the accused could participate in the interrogation and also in the trial which had been scheduled for March 29, 1983.

"Why then are doctors' commissions and certificates of disability necessary, if they cease to have legal force?" Sadūnas asked the court.

On March 28, 1983," said Sadūnas, "I was confined to the surgical section of the Vilnius Regional Hospital of the Baltic Railroad. From April 18, almost every two days, Chief of Staff Petrulienė would receive a telephone call from Assistant Secretary Klevečka of the Health Department, inquiring about the status of my health, etc.

"On February 17, 1983, I was supposed to have a hernia operation in the Vilnius Regional Hospital of the Baltic Rail­road. At noon that same day, Vilnius Rayon Assistant Prosecutor Juciūtė came to the aforesaid hospital and told me I had to familiarize myself that day with the criminal case being brought against me.

"Since, in anticipation of the surgery I was anxious, and could not concentrate sufficiendy, I asked Juciūtė to let me get acquainted with the criminal case some other day, since because of her arrival at the hospital, the operation had been postponed to February 21. Juciūtė protested, saying that it was necessary to hurry, and because all of the deadlines in the case were running out, she could not come back. For two hours I just paged through the case. Because of fatigue inability to concentrate, and lack of time, I was not able to acquaint myself with the case in detail.

"Nevertheless, in the brief, I noticed many inaccuracies contradictions and discrepancies in the notes of the review commissions. Some of the material which I had written had not been checked out on account of the passage of time, destruc­tion of original documents, etc. Of ten items which they con­nected with me, seven had been written by someone else, but in the indictment, they were treated as mine. Assistant Prosecutor Juciūtė deliberately, unobjectively and unjustly drafted the indictment in such a way as to mislead the court."

In his defense speech, Jonas Sadūnas spoke in detail about the behavior of KGB personnel in his apartment during a raid on October 11, 1982, and about the story which began in the Naujoji Vilnija Psychiatric Hospital, November 18, 1982. (See Chronicle of the Catholic Church in Lithuania, No. 56 — Ed. Note)

Sadūnas, giving specific details from his own experience, called the court's attention to discrimination against believing school­children in Lithuania.

"An individual chooses his road, as a matter of free will. What road am I destined to travel? If the KGB personnel wish, they will be able to destroy me within a half year, or earlier. So the term of my sentence does not mean anything. The important thing is to trust in Divine Providence. I have the feeling that I shall be offered the way of the martyr, but I don't know how much will-power or strength God will grant me to accept it, so I ask everyone to pray for me."

Before announcing the court's decision, a militiaman came into the courtroom, where Sadūnas, his wife and friends were sitting, and roughly led two women acquaintances of Jonas Sadūnas out. The women were taken to the nearby militia department, and searched, in violation of all justice and common decency. (The militiamen did not even have to obtain an order for the search.)

Jonas Sadūnas is found guilty of committing the offense provided for in Par. 132.Ild of the LSSR Criminal Code, and sentenced to one year and six months of incarceration, the sentence to be served in a general regime labor colony.

On May 31, 1983, Secretary S. Burokienė of the Vilnius Rayon People's Court allowed Jonas Sadūnas to acquaint himself with the record of the May 24 sentencing. It appears that Secretary Burokienė, in recording the session, made several mistakes, changes and various omissions. In the record, the testimony of Sadūnas wife, Marytė, has been distorted and altered. Of the questions submitted to P. Dūkštas and his wife J. Dukštienė by Jonas Sadūnas, only a few have been noted in the trial records. Jonas Sadūnas' defense speech lasted about an hour — in the aforesaid trial record, only three nonessential sentences have been recorded, and his summation had been condensed to one sentence.

After the trial, Sadūnas submitted an appeal to the Supreme Court of the LSSR. The Supreme Court decided to mitigate the sentence: According to available information, the camp has been changed to free construction.