A Radiance in the Gulag 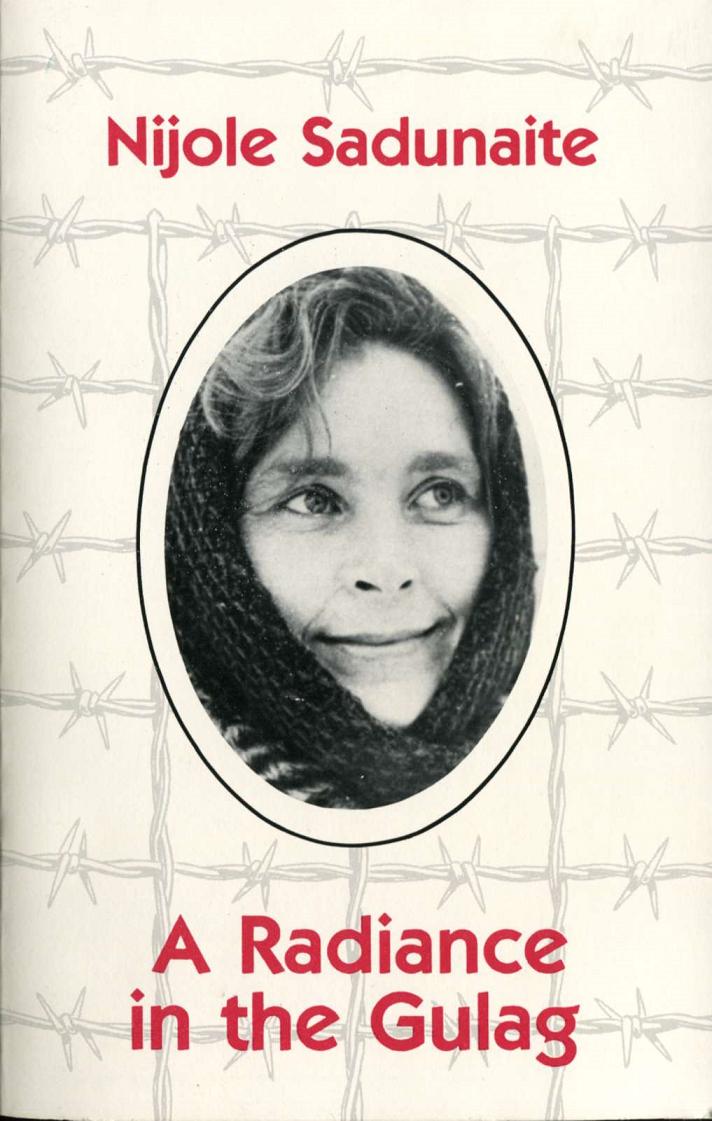 Trans, by Rev. Casimir Pugevicius
and Marian Skabeikis
TRINITY COMMUNICATIONS
MANASSAS, VIRGINIA
( c )Trinity Communications 1987
ISBN 0-937495-08-5
"Goodness and kindness pursue me
every day of my life." (Ps. 23:6)
T a b l e  of C o n t e n t s
Introduction 7
Part I: Preparation
A Catholic Family 10
The Beginnings of Resistance 17
A Circle of Suffering 25
Part II: Ordeal
The Crime 30
Harassment and Arrest 35
Interrogation: The Cellars of the KGB 41
The Trial and the Defense 51
To the Labor Camp 61
The Women in the Camp 73
Camp Politics 88
Exile 99
Freedom and Persecution 113
Part III: After Her Release from the Gulag
Under God's Protection 121
No Home and No Work: The Harassment Continues 126
The Cause of Truth 136
Heroes of the Resistance: Petras Paulaitis 142
Postscript 147

My father, Jonas Sadunas, born September 8,1899, was the youngest in a large family. Five of them reached maturity: four brothers—Juozas, Sylvestras, Kazimeras and Jonas, and a sister, Ursule. They were born and reared in the village of Pusne, Dis­trict of Giedraiciai, County of Ukmerge. He was intelligent, de­cent and very industrious. Working as a herder for a long time, he prepared himself for and successfully completed the gymna­sium final examinations.

In 1924, he enrolled in the Department of Agronomy at the Agricultural Academy, passed all his semester and final ex­aminations, completed a year of practicum, defended his thesis and, in 1930, the Jubilee Year of Vytautas the Great, on September 5, he received his diploma as a qualified agronomist and remained as a teacher in the same agricultural academy of Dotnuva. He was religious, but he became especially strong in his faith, so that when he visited Lourdes, in France, he could have joyfully died for God. That was Our Blessed Mother's gift to Dad.

During vacation, my father used to travel extensively with Professor Ruokis Ruseckas: they travelled all over Western Europe and visited Africa. He had a great love for the poor, and he used to help them greatly, because he had experienced much hardship himself while studying.

On May 10, 1934, he married. My mother, Veronika Rimkute-Saduniene, was born in early September, 1915, into a large family. There were eight children, among them an orphan cousin who later graduated from medical school. One brother, Aloyzas, died as a young child. Everyone used to say that such children do not live long. The good God took this little angel to Himself.

During my twenties I worked at the most menial tasks, holding clerical and factory jobs, so I could go to church and pray without trepidation. In 1970, however, I took work in the computer center of the University of Vilnius Physics and Mathematics Department under the title of Senior Engineer, with the duties of key-punch operator, earning about 100 rubles a month. But I had to leave that position because the university rector called me in and told me that if I did not resign, it would go badly for him. I did not want him to suffer, so I drafted my resignation, and they terminated me "at my request". Here is what happened...

In 1970, when a criminal case was brought against Father Antanas Seskevicius for catechizing children, I hired an attor­ney for him. But to sympathize with and help those who are being persecuted by the KGB is to make oneself a target of the KGB.

Father Seskevicius' trial took place in Moletai on Septem­ber 7 and 8,1970. When we entered the courtroom the first day of the trial, we saw that all the seats were already taken by KGB agents, militiamen in mufti, and several women wearing heavy makeup. Witnesses, friends and acquaintances of the priest, only a small number of whom gained access to the court­room, had to stand throughout the trial.

The trial lasted from 9:00 AM until 6:00 PM. Among the witnesses were some elderly mothers of large families, ex­hausted by communal farm work, including one mother of four recuperating from abdominal surgery, and also one war veteran missing a leg. When I suggested to the young men who were seated that they should allow the tired mothers and invalids to have a seat, they angrily retorted, "If they're tired, let them get out... nobody is keeping them here... ." The poor men did not understand that all those people had been brought here and were being kept here by love and respect for the priest. Bored, they paged through newspapers and talked among themselves, paying no attention to the trial, while cynically ridiculing the faithful who were saddened and concerned about the priest's fate.

Summoned to the trial as witnesses were about seventeen children, ages seven to ten, and their parents. Even before the trial, the children were threatened by the principle of the Dubingiai Primary School and several chekists.1 Pushing and even striking the children, they pressured them to sign edited state­ments alleging that "in the church hall the priest taught children religion." Of the seventeen, only four signed, but even these four stated during the trial that they had signed under duress, not even knowing the contents of the statement.

Part III: After Her Release from the Gulag

As I mentioned, in the forenoon of November 23,1982,1 visited my brother Jonas Sadunas, who was confined in the psy¬chiatric hospital of Nauja Vilnia for observation by the KGB. The KGB was tormenting my brother just because they had failed to enslave him morally and because of their desire to de¬tect and destroy the editorship of the Chronicle of the Catholic Church in Lithuania. Back in 1974, the KGB investigators who had arrested me boasted that in a month or two there would be no more Chronicle of the Catholic Church in Lithuania because all had been discovered. Twelve years have passed, and the Chroni¬cle, with the help of God, still survives. For that, praise and thank the Almighty!

In any case, the medical chief of the psychiatric examina¬tion section, KGB agent Razinskiene, ordered me out and with a chekist who came to her assistance, fabricated a trumped-up charge against me for allegedly insulting her. Expelled by Dr. Razinskiene, I left immediately. I quickly crossed the broad hospital courtyard. Approaching the side gate, I saw pass by several militia cars, one of which stopped not far from the gate, behind the bushes, as though to be concealed. Standing right at the gate was a taxi, with its door open. I was very fortunate, since taxis never stood there. Apparently, it had brought some¬one and had not had time to drive away. The driver agreed to take me to Vilnius, and at my request, he let me off at the Gates of Dawn. The Solemnities of the Mother of Mercy had just ended. I wanted to thank the Blessed Mother for her pro¬tection, and to commend my brother's needs to Her.

After thanking the Mother of Mercy of the Gates of Dawn, I spoke by phone with my brother's wife, Maryte. De¬scribing briefly the events at the hospital, told her I would not be home, and asked her to take the men confined with my brother some bread, which they lacked. I then went to the home of an acquaintance, and drafted protests to the Minister of the Department of Health and to the Attorney General of the Lithuanian Soviet Socialist Republic. I immediately mailed the protests, and the texts appeared in the Chronicle of the Catholic Church in Lithuania.