THE CHRONICLE OF THE CATHOLIC CHURCH IN LITHUANIA No. 29

Vladas Lapienis in a Security Prison. His Trial 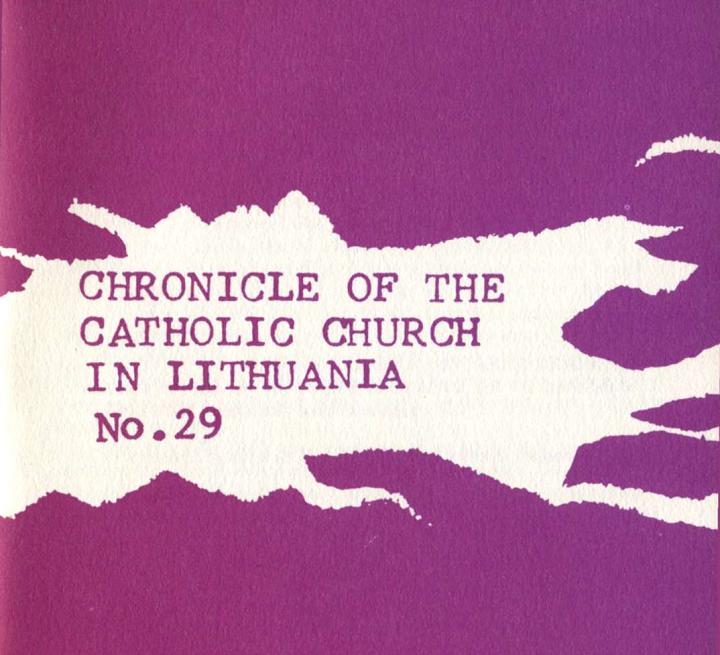 CHRONICLE OF THE CATHOLIC CHURCH IN LITHUANIA No. 29

A Translation of the Complete Lithuanian Original, LIETUVOS KATALIKŲ BAŽNYČIOS KRONIKA No. 29 Documenting the Struggle for Human Rights In Soviet-Occupied Lithuania Today

CHRONICLE OF THE CATHOLIC CHURCH IN LITHUANIA Nr. 29

Vincentas Borisevičius, Bishop of Telšiai, was arrested on Feb­ruary 3, 1946, and condemned to death after a secred trial. Before year's end, his auxiliary, Bishop Pranas Ramanauskas, was also arrested and deported to Siberia. Bishop Teofilius Matulionis of Kai­šiadorys and Archbishop Mečislovas Reinys of Vilnius were deported to a Siberian labor camp. Archbishop Reinys perished in prison at Vladimir, November 8, 1953. By 1947, Lithuania was left with a single bishop, Kazimieras Paltarokas, of Panevėžys. He died in 1958.

After Stalin's death in 1953, there was a slight improvement in the religious situations. Bishops Matulionis and Ramanauskas were allowed to return to Lithuania, but not to minister to their dioceses or to communicate with the clergy or laity.

In 1972, the Chronicle of the Catholic Church in Lithuania, clandestinely published in the country, began to reach the free world at irregular intervals. Primarily intended to keep Catholics in Lithu­ania informed of the situation of the Church there, these Lithuanian samizdat also serve as a constant appeal to the free world not to forget the plight of a people struggling against overwhelm­ing odds to defend their religious beliefs and to regain their basic human rights. 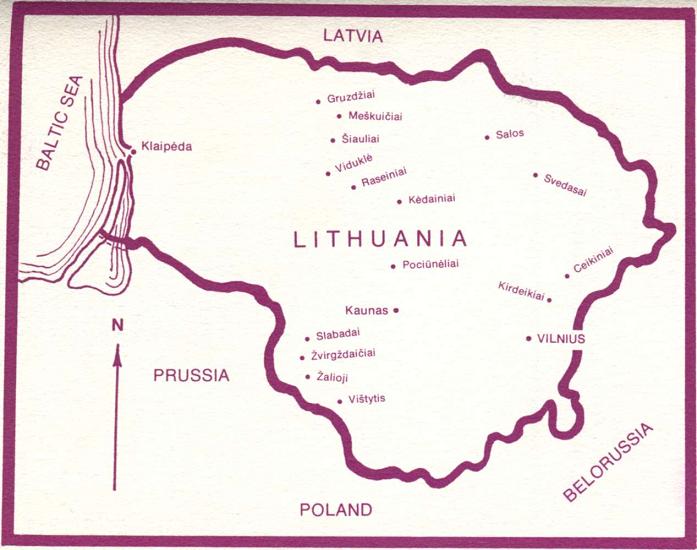 Places mentioned in the Chronicle of the Catholic Church in Lithuania No. 29