On July 5, 1984, the home of Father Juozas Zdebskis, pastor of Šlavantai, was raided. In the record, the reason for the raid was given: "To find and seize stolen articles purchased from Citizen Kol-ka." The search was carried out while Father Zdebskis was out. Without waiting for the priest to return, the raiders broke down the garage door and began their search. The raid was carried out by Vil- 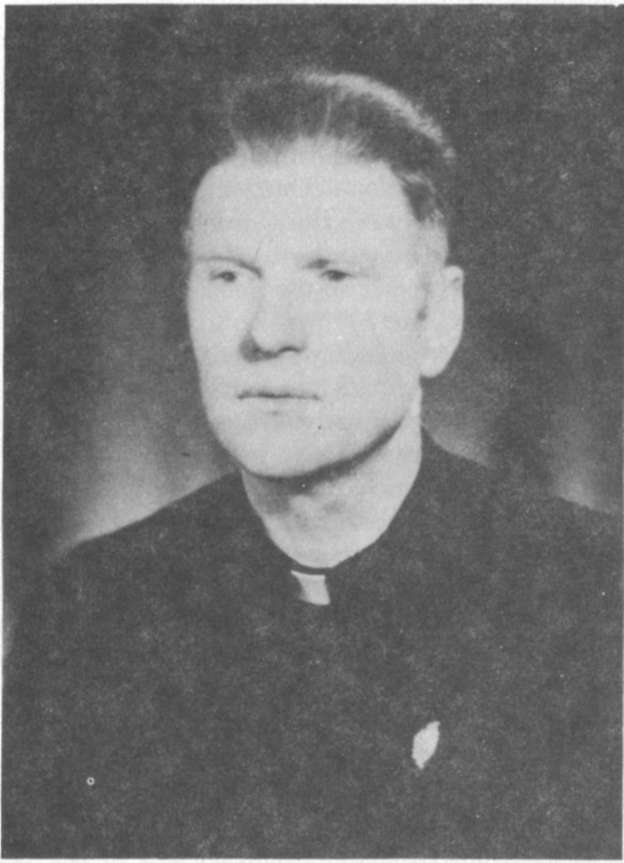 nius KGB, under cover of local militia and security police. The official search which was carried out by six persons was directed by the District Inspector Chief of Militia Jarmala. Official witnesses of the search were Martynas Petrauskas, son of Juozas, a resident of the Village of Krosna, and Mrs. Janina Blaževičienė, daughter of Jurgis, residing at Lenino 3-3, in Lazdijai.

They seized: Documents of the Catholic Committee for the Defense of Believers' Rights (Nos. 5,12,13,14, etc.); written communi­cations: to Patriarch Dimitri (ten pages); to the World Council of the Orthodox Church, October 14, 1976 (four pages); to the Congress of the USA, October 14, 1976 (six pages); a petition by priests of the Archdiocese of Kaunas (three pages); a petition to Petras Griškevičius (ten pages); information concerning the Catholic Committee for the Defense of Believers' Rights (four pages); "Is Catholicism the Religion of Tomorrow?" (thirty pages from Tiesos kelias); the Universal Decla­ration of Human Rights; a letter from Father Alfonsas Svarinskas; the article "Lietuvių tautos dorovinės kultūros problemos" (Prob­lems of Lithuanian National Moral Culture", four pages); Vatican Radio broadcast of March 14 and 15, 1979 (five pages); a bulletin of the Lithuanian Bishops' Conference to the clergy (1984); a typewriter with a Russian keyboard; an Erika typewriter with a Lithuanian keyboard; two metal safes marked with the number 100; a hunting rifle; electrical apparatus with a power cord, etc. During the raid, most attention was paid to the electronics equip­ment. Included in the list of articles seized was a miniature electrical saw used for woodwork. The search lasted about three hours.

On December 29, 1983, Father Jonas Kauneckas, the pastor of Skaudvilė, was summoned to Vilnius to see Assistant Prosecutor Ba-kučionis of the LSSR. Prosecutor Bakučionis warned Father Kaunec­kas that if he participated in activities of the Catholic Committee for the Defense of* Believers' Rights, he would be arrested just like Fathers Alfonsas Svarinskas and Sigitas Tamkevičius. Moreover, Prosecutor Bakučionis reminded him that the Chronicle often writes about Father Kauneckas, and if this happened in the future, he would be brought to trial as a collaborator in the Chronicle.

On August 30, 1984, Father Jonas Tamonis, Pastor of Viduklė, was visited at his rectory by Raseiniai KGB Chief Gardauskas and a captain from the Vilnius KGB. The chekists demanded that Father Tamonis discharge Father Svarinskas' former housekeeper, Miss Monika Gavėnaitė, from her duties as church laundress for the parish <>f Viduklė, and that Father Kęstutis Brilius cease visiting Viduklė. It was suggested that Father Brilius enroll in the seminary at Kaunas, even though he finished the extension seminary. 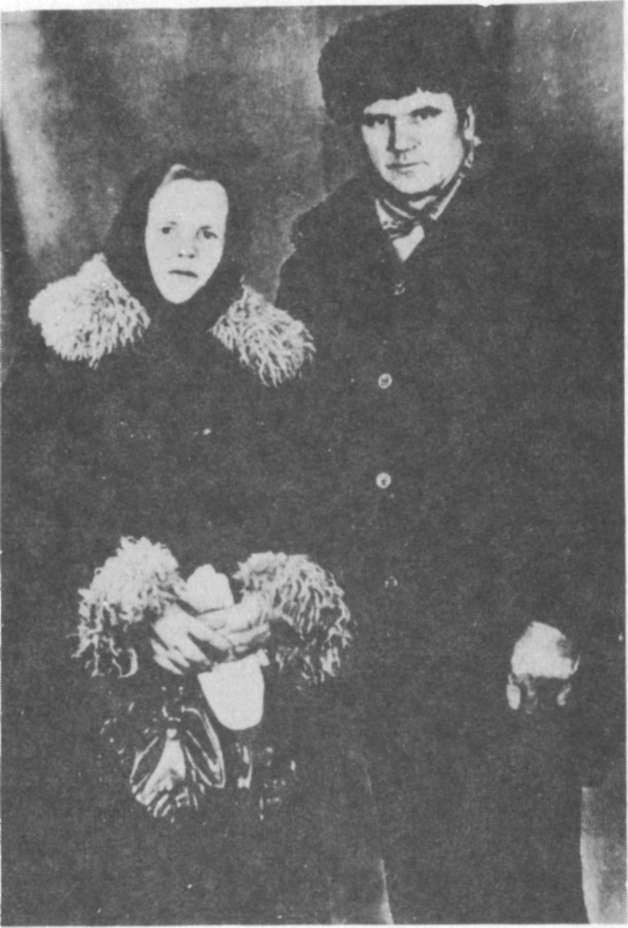 Mrs. Elena Terleckienė, on a visit to her husband, Antanas Terleckas, in Magadan.

On June 19, 1984, at Vilnius KGB headquarters, the following residents of Vilnius were interrogated: Elena Terleckienė, Zita Va­nagaitė, Vytautas Bogušis, Jonas Volungevičius and Albertas Žilins­kas. Chekist Česnavičius and others accused those under interroga­tion of signing libelous statements, protests against the arrest and conviction of Fathers Svarinskas and Tamkevičius, passing anti-Soviet material to the underground press and abroad; of meeting foreigners and downgrading the authority of the Soviet Union in their conversation with them. All of those under interrogation were told to sign the warnings, but not one of them did.

The chekists kept those under interrogation for a whole day; Mrs. Terleckienė for more than six hours, and Miss Zita Vanagaitė for over eight hours. The chekists suggested to Žilinskas that he emigrate. When Žilinskas was asked whether he had signed the protest regard­ing the arrested priests, he asked to be shown the text of the state­ment, and after he had read it, he said that there was nothing anti-Soviet in the statement and he would not discuss it with the KGB.