On January 17, 1985, in Vilnius, the trial of Father Jonas Kastytis Matulionis and young Romas Žemaitis took place. Only the next of kin of the accused were allowed into this parody of an "open" trial. Acquaintances, friends and intimates prayed at the Shrine of the Our Lady of the Dawn Gates, under the watchful eye of the KGB and militia patroling the street. The court accused Father Matulionis on the basis of Art. 199 Hid of the CriminalCode of organizing religious processions, disturbing the peace and impeding traffic.

Romas Žemaitis was accused on the basis of that same Art. 199 IIId and 201, of resisting arrest. (While the faithful were going in procession to the cemetery, Romas Žemaitis put his hand on the shoulder of Chairman Gudžiūnas, of the City Executive Committee, and would not allow him to approach Father Matulionis. — Ed. Note)

The Prosecutor, Mrs. Skaudienė, accused those on trial of trans­gressing against the Regulations for Religious Associations, emphasiz­ing that special rayon and local government permission is requisite for religious processions, that it disturbed the peace and impeded traffic, and that Romas Žemaitis actively took part in organizing the procession, inviting children and young adults to participate.

Of the thousand or so people who participated in the All Souls' procession to the cemetery, only four witnesses were called during the trial: Father Gintas Steponaitis, pastor of the parish, who for some vague reason did not appear at athe trial; the chairman of the church committee and two brothers of the young man of trial: Arvydas and Edmundas Žemaitis. (At the time of Father Matulionis' arrest, Ed­mundas Žemaitis was mistaken for his brother Romas and ap­prehended in his place. When the mistake was discovered, he was released. (See Chronicle No. 65 — Trans. Note) All other witnesses: militia men, military police, chauffeurs, a woman nonbeliever who somehow showed up in church that evening, the Chairman of the City Executive committee and others. Those accused declined the services of attorneys, prefering to defend themselves... The witnesses spoke in a confused manner, getting tangled up in their testimony. When Father Matulionis asked the driver how long he had been 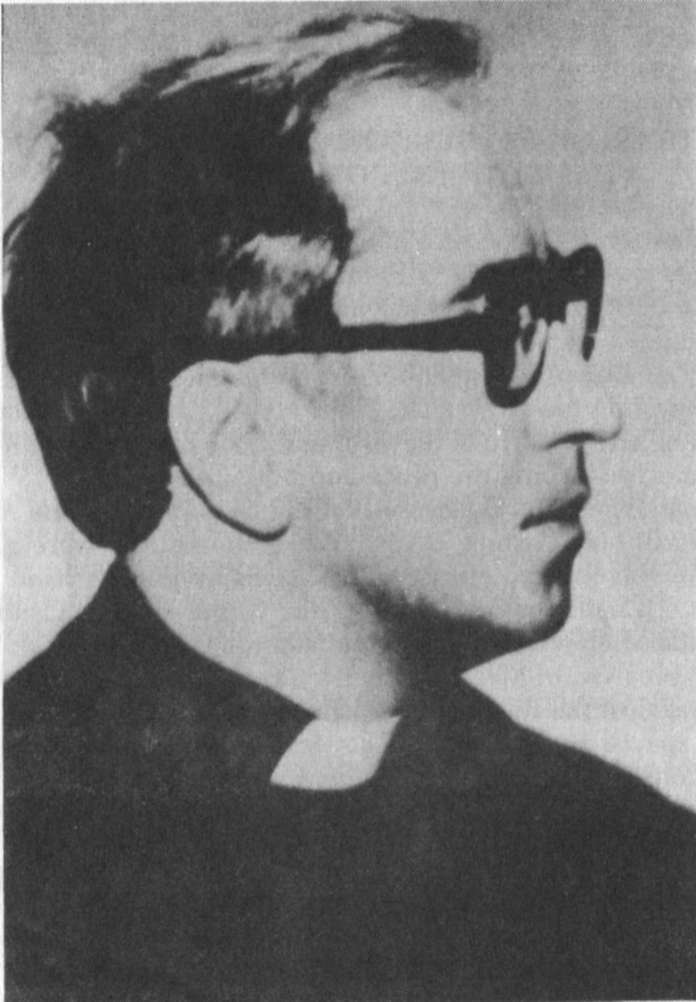 delayed by the procession, the latter replied that it took five minutes to let the procession pass, and no damage had been done because of the delay.

In his defense speech, Father Matulionis declared that he had committed no crime on All Souls Day, but had, as a priest, together with the faithful, merely performed a religious rite described in the Ritual. The accused expressed surprise that a procession to the cemet­ery at 7:20 P.M. singing the Litany of the Sainnts, had disturbed the peace (it was unclear whose, since the Executive Committee had not received a single complaint), while the frequent nighttime revels of drunken individuals in the streets of the town do not attract the more serious attention of the militia.

During his defense speech, Father Matulionis was frequently interrupted. In his final statement, Father Matulionis repeated, in part, excerpts from his defense speech, emphasizing love of neighbor and the lack of tolerance in relations with each other. He mentioned the blatant behavior of officials at the time of his arrest: the bruises on his arms had not yet disappeared by the time the trial came about.

Father Matulionis would not admit any guilt, and was not re­morseful, saying that no matter where he was, he would try to carry Out his priestly duty to his people.

Young Romas Žemaitis, in his final statement, thanked his parents for his religious upbringing, promised not to forget to pray, and everywhere at all times, he would try to be a good and exemplary Catholic. He saw his arrest itself in the light of the words uttered by Christ, "If they persecute Me, they will also persecute you... the disciple is not greater than his master. ..." In his statement, he reminded the court that while still in school, he had occasion to suffer for his convictions more than once (See Chronicle No. 60, 63, 65 — Trans Note) and that on one occasion when he had refused to carry the flag, his homeroom teacher had threatened to send him to the Chinese border.